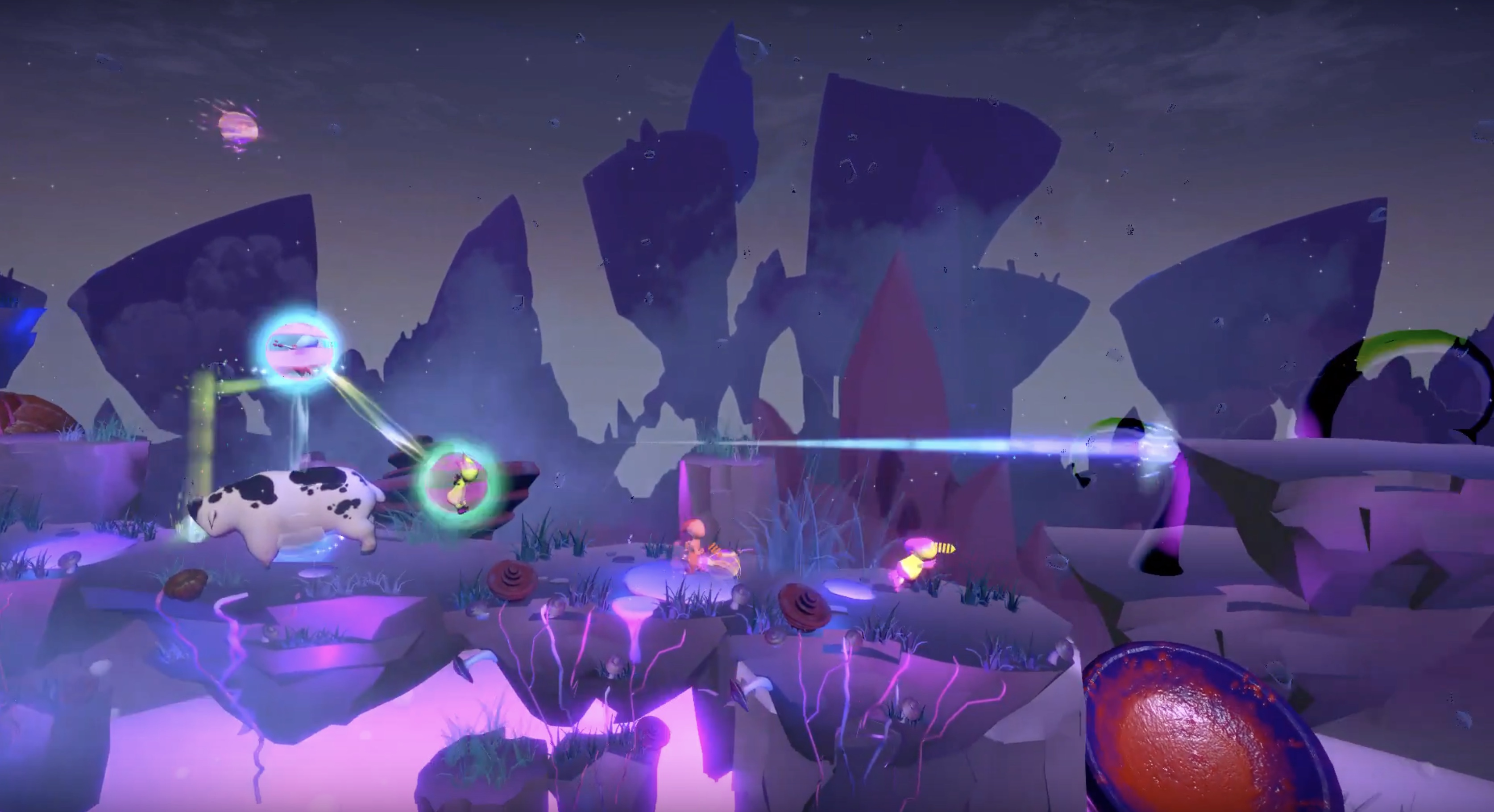 This game was made for my second year exam.

The game is a mulitplayer (up to four) speed-runner. The players plays as gooey alien creatures, which are fleeing the desctruction of their planet. They are running towards a spaceship, which has only one seat available. This means that there can be only one survivor/winner.
The characters each has a “teleportation gun” that shoots beams which will swap the places of the character with whatever it hits – preferably other leading players, as they can take their place in the race.

I got to work with my main interests in this project, along with other smaller tasks.

The process started when we decided we wanted a procedural generated level to race through. I came up with a lot of sketches (one of them is seen above). I tried to incorporate the gameplay mechanics into the layout as much as possible.
One example is how I placed holes in the environment, which are too small to run through, but big enough to shoot your teleportation beam through, allowing you to take a big shortcut, if you’re successful in hitting another player through the hole.
Another thing I tried was to mix up open areas with Super Mario-like platforming, with narrow corridors and underground areas, allowing for intense gameplay as the teleportation beams can bounce off walls several times.
As perhaps can be seen, I also suggested that all modules could be mirrored, in order to create a larger range of randomization and make the level feel less repetitive, if you are playing for a long time.

Some of the keywords for the music was spacey, exciting and silly. The track was made to increase excitement over time. To do this, layers are continuously added to the track and drums are changed to also increase the sense of pace. Additionally, the tempo is steadily increased over time in an attempt to further rush the players. Listen to the full track below.

I also made a “lobby version” of the track. In this, the tempo is significantly lowered and the instruments are changed to resemble elevator or lounge music, rather than techno and spacey music. Listen to the lobby version below.

The game is for 2-4 players and requires controllers. You can download it for windows here: https://joakimcarlsen.itch.io/last-jeli