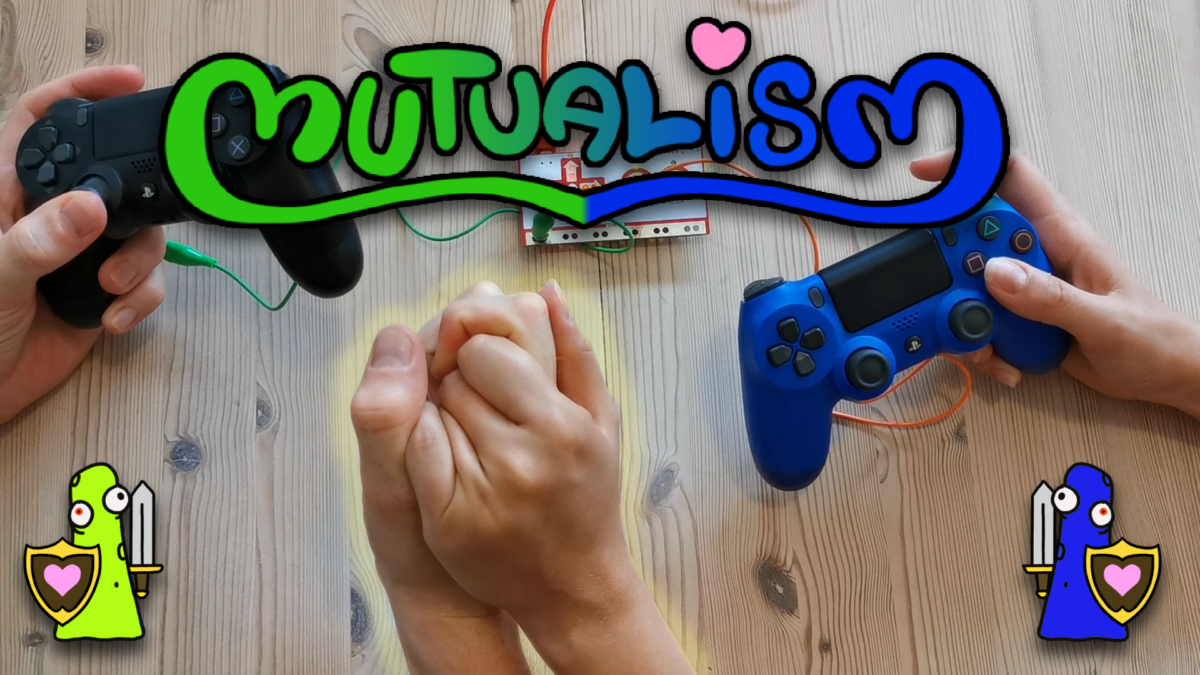 Mutualism was made for my bachelor’s project at KADK in 2019.
The context of it being a school project allowed me to experiment as much as I wanted, so I went all in with focus on using alternative controllers as an element for complimenting social gameplay.
All design and development was made by myself. The music was made by Jonas Gustafson.

The game is a hack-n-slash for 2 players. It uses a combination of traditional controllers and alternative controllers, the latter being the action of physically holding holds with the other player.
You play as 2 colorful blobs who just got married, and together you must protect your wedding cake from being eaten by hordes of hungry enemy blobs. Holding hands will combine your characters into one stronger, but slower, character, better equipped for defeating certain enemies.

The game will be available for free in the near future!

The project was very successful and resulted in top grades and submissions of the project to IEEE Conference on Games (CoG) 2020 and IndieCade 2020.
The submission to CoG was accepted. It consisted of an academic article created by my project tutor Alessandro Canossa.
For the submission to IndieCade I created a short game trailer, shortly presenting the game and its background. Watch the trailer below.